10 Valentines Day traditions from around the world 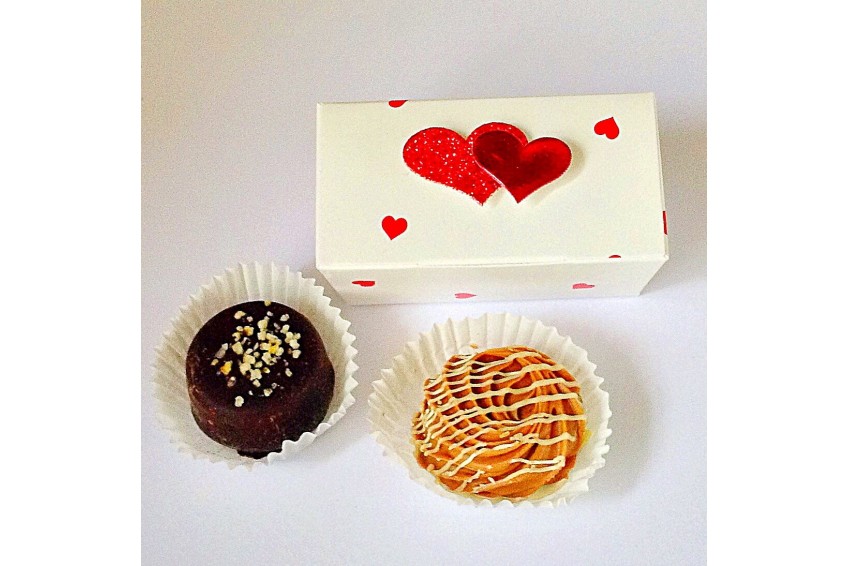 Although Valentine's Day is a relatively new holiday in Denmark the country has embraced February 14th with a Danish twist. Rather than roses, friends and sweethearts exchange pressed white flowers called snowdrops.

Another popular Danish Valentine's Day tradition is the exchange of "lover's cards." While lover's cards were originally transparent cards which showed a picture of the card giver presenting a gift to his sweetheart, the term is now synonymous with any card exchanged on Valentine's Day.

On February 14th, men also give women gaekkebrev, a "joking letter" consisting of a funny poem or rhyme written on intricately cut paper and signed only with anonymous dots. If a woman who receives the gaekkebrev can correctly guess the sender, she earns herself an Easter egg later that year.

With a reputation as one of the most romantic destinations in the world, it's little wonder France has long celebrated Valentine's Day as a day for lovers.

Another traditional Valentine's Day event in France was the loterie d'amour, or "drawing for love." Men and women would fill houses that faced one another, and then take turns calling out to one another and pairing off. Men who weren't satisfied with their match could simply leave a woman for another, and the women left unmatched gathered afterward for a bonfire.

During the bonfire, women burned pictures of the men who wronged them and hurled swears and insults at the opposite sex. The event became so uncontrollable that the French government eventually banned the tradition all together.

Valentine's Day is a popular holiday for young couples in South Korea, and variations of the holiday are celebrated monthly from February through April. The gift-giving starts on February 14th, when it's up to women to woo their men with chocolates, candies and flowers. The tables turn on March 14th, a holiday known as White Day, when men not only shower their sweethearts with chocolates and flowers, but up the ante with a gift.

And for those who don't have much to celebrate on either Valentine's Day or White Day, there is a third holiday: Black Day. On April 14th, it's customary for singles to mourn their solitary status by eating dark bowls of jajangmyeon, or black bean-paste noodles.

One traditional romantic Welsh gift is a love spoon. As early as the 17th century, Welsh men carved intricate wooden spoons as a token of affection for the women they loved. Patterns and symbols were carved into these love spoons, each signifying a different meaning. A few examples include horseshoes, which stand for good luck; wheels, which symbolize support; and keys, which symbolize the keys to a man's heart.

Today, love spoons are also exchanged for celebrations such as weddings, anniversaries and births.

The equivalent to Valentine's Day in China is Qixi, or the Seventh Night Festival, which falls on the seventh day of the seventh lunar month each year. According to Chinese lore, Zhinu, a heavenly king's daughter, and Niulang, a poor cowherd, fell in love, married and had twins. When Zhinu's father learned of their marriage, he sent his queen to bring Zhinu back to the stars. Upon hearing the cries of Niulang and the children, the king allowed Zhinuand Niulang to meet once a year on Qixi.

During Qixi, young women prepare offerings of melon and other fruits to Zhinu in hopes of finding a good husband. Couples also head to temples to pray for happiness and prosperity. At night, people look to the heavens to watch as stars Vega and Altair (Zhinu and Niulang, respectively) come close during the star-crossed pair's annual reunion.

On the eve on Valentine's Day, women in England used to place five bay leaves on their pillows -- one at each corner and one in the center -- to bring dreams of their future husbands. Alternatively, they would wet bay leaves with rosewater and place them across their pillows.

In Norfolk, Jack Valentine acts as a Santa of sorts for Valentine's Day. Children anxiously wait to hear Jack Valentine knock at their doors, and although they don't catch a glimpse of Old Father Valentine, children enjoy the candies and small gifts left on their porches.

While Valentine's Day celebrations in the Philippines are similar to celebrations in Western countries, one tradition has swept the country and led to thousands of couples sharing a wedding day on February 14th. Mass wedding ceremonies have gained popularity in the Philippines in recent years, leading hundreds of couples to gather at malls or other public areas around the country to get married or renew their vows en masse.

Originally, Italians celebrated Valentine's Day as the Spring Festival. The young and amorous gathered outside in gardens and such to enjoy poetry readings and music before taking a stroll with their beloved.

Today, Italians celebrate Valentine's Day with gift exchanges between lovers and romantic dinners. One of the most popular Valentine's Day gifts in Italy is Baci Perugina, which are small, chocolate-covered hazelnuts wrapped with a romantic quote printed in four languages.

With Carnival held sometime in February or March each year, Brazilians skip the February 14th celebration and instead celebrate Dia dos Namorados, or "Lovers' Day," on June 12th. In addition to the usual exchanges of chocolates, flowers and cards, music festivals and performances are held throughout the country. Gift giving isn't limited to couples, either. In Brazil, people celebrate this day of love by exchanging gifts and sharing dinner with friends and relatives, too.

The following day is Saint Anthony's Day, which honors the patron saint of marriage. On this day, single women perform rituals called simpatias in hopes that St. Anthony will bring them a husband.

Like many parts of the world, South Africa celebrates Valentine's Day with festivals, flowers and other tokens of love. It's also customary for women in South Africa to wear their hearts on their sleeves on February 14th; women pin the names of their love interest on their shirtsleeves, an ancient Roman tradition known as Lupercalia. In some cases, this is how South African men learn of their secret admirers.